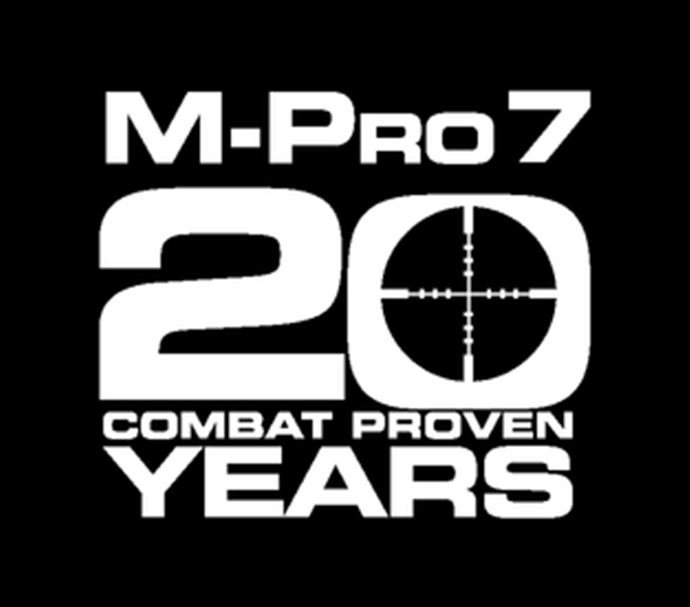 A gun care system that has earned the trust of millions of soldiers, police officers, hunters and gun enthusiasts is marking 20 years in business and proving that what keeps your gun clean can also keep the user and the environment safe.  The idea of having a non-toxic and safe gun cleaner that also worked well was not easily accepted.  Over the years, we constantly heard if it doesn’t smell, then how does it work?  “It took many years to curb this saying but eventually, we were able to shatter that myth as M-Pro 7 began to develop a very loyal and devoted following”, says Amy Rosales, M-Pro 7 Product Manager.

M-Pro 7, whose line includes gun cleaner, LPX oil, copper remover and bore gel, was the first non-toxic, non-flammable gun care system in the industry.  M-Pro 7 Gun Cleaner is a non-petroleum based product that contains zero harmful chemicals—but plenty of carbon cleaning power. Originally designed to clean the carbon off of jet engines, M-Pro 7’s cleaning technology meets and exceeds some of the toughest specifications ever written.

Professionals whose livelihood and, often, lives depend on a well-maintained firearm have relied on M-Pro 7 for years. Soldiers, police officers and corrections officials were all early adopters. Providing an alternative line of cleaning products to these industries in particular was the heart and core of why we brought the M-Pro 7 technology to market to begin with.   We knew that the current military issued product(s) were not adequate for addressing the cleaning component of firearm maintenance.  It was simply providing the lubrication aspect and that was not enough.  It was imperative to us that we  provided our soldiers and law enforcement officers, first and foremost, with a product that would keep their weapons from malfunctioning and in turn help to keep them alive when needed most.  Once we addressed this need, it was only a matter of time until the technology reached the masses for all gun enthusiasts.

In 2003, M-Pro 7 partnered with the leaders in our industry, Hoppe’s, now owned by ATK to establish a new line of cleaning products to be sold under the trusted and loved Hoppe’s brand. In mid-2003, Hoppe’s Elite was developed to reach the masses and provide Hoppe’s with a complete line of high-performance, safe, non-toxic technology that was missing in the retail market.  Similar to M-Pro 7, both brands were unique to the market and ahead of their time. The Pantheon/Hoppe’s partnership paved the way for other companies to start formulating better technologies in the gun care industry.

“We’re pleased to mark the 20th anniversary of the M-Pro 7 product. Favored by our military and law enforcement customers around the world, this is a great gun cleaning solution and we’re proud of our long association with the brand.”  Matt Reintjes Vice President, ATK Sporting Accessories.

M-Pro 7 is among the products that Pantheon Enterprises has created. Based in Phoenix, AZ, Pantheon develops highly effective but completely toxin-free products for a variety of applications, including those in the aerospace and health care industries.